Helsinki appears to have been developed in a process of continuous adaption of land and city, of the natural and the man-made. Towards its periphery the city center‘s classicist grids react to or collide with the winding shoreline or topographic features. It meets organically shaped areas that follow the natural setting – thus as a whole balancing the “rigid and the loose”, the “straight and the round”, or the “gridded and the curved” of Helsinki’s urban scenery. Whether it is to be found in the comparably homogeneous height of the 19th Century city’s urban blocks, the various 20th Century Masterplans, or the layered facades of Finnish Modernism, the concept of horizontality seems to be at the heart of Helsinki’s urban and architectural heritage.

At Eteläsatama the edge of the city’s grid plan embraces the bay with a clearly articulated urban facade. Behind this bracketing edge the city’s two most important city icons (Uspenski and Helsinki Cathedral) tower above the bay. Directly along the waterfront rather ordinary and low sheds determine the harbour’s urban setting together with public areas and facilities. As part of this row of buildings the old Market Hall presents itself as a beautiful, yet modest building that does not aim to compete with the city’s main icons. Here, the focus of buildings and urban space generally lies on performance, publicness and people – less on architectural representation. Modesty prevails over iconographic architectural gesture. Accordingly our proposal answers these specific contextual demands with a horizontally articulated volume, that balances its grid-based organization with cautious curvilinear architectural expression.

Located at a pivotal position the new museum is a platform for the public sphere, not primarily a building for storing art. Thus it offers not only an exhibition hall, but maintains the interchange between, culture, people, and the place itself, with an enlarged multifunctional space. Lifted from the ground and flowing along all facades it embraces the main exhibition hall and the enclosed atrium, as it transforms into generous balconies (4), that – enlivened by visitors – interlock the interior with the city’s panorama. At groundfloor the foyer, the restaurant and the museum café activate the quay as well as the ‚art square‘ that functions as the prelude to the museum‘s entrance. From here a terminal-like security choreography guides visitors into the main atrium, a spiraling theatrical space, that offers a wide range of, exhibition, interaction, and education scenarios.
So, the new Guggenheim is a museum that is organized like a terminal that performs as a „théâtre d’education“.

However the building appears to be comparably modest and disciplined from the outside its dominant architectural gesture, the striated wooden roof, unfolds its spatial and structural intricacy merely at the interior. This roof controls the specific proportion and ambience of internal spaces as it contains necessary technical installations like light-ceiling „cells“. The roof tranlates specific locally found roof-sections (like the repetitive terminal-sheds or typical Art Nouveau mansard-roofs) into one continuous architectural gesture, that ties together all exhibition and multifunctional spaces. Based on this typological information its precise shape has been engendered in relation to inherent material capabilities, structural assumptions, or the optimization of light conditions. 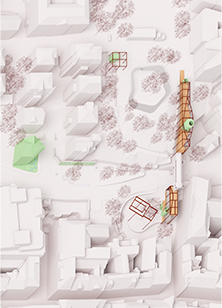 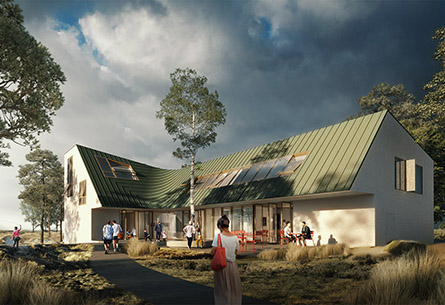 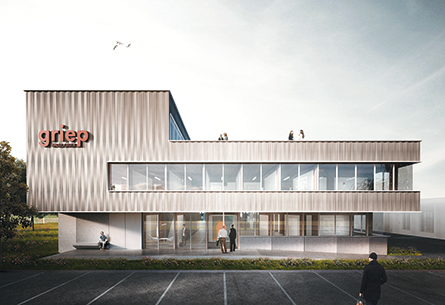 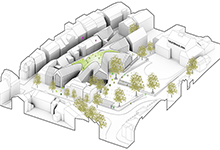 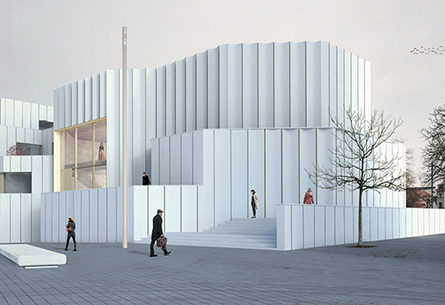 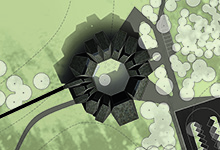 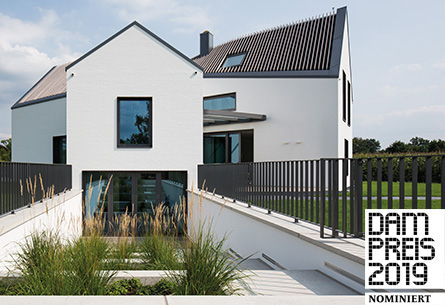 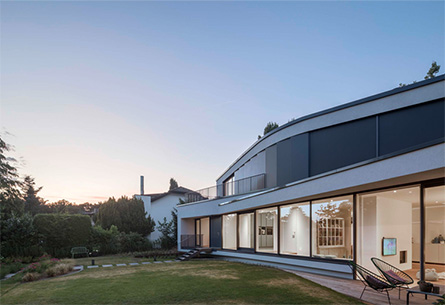 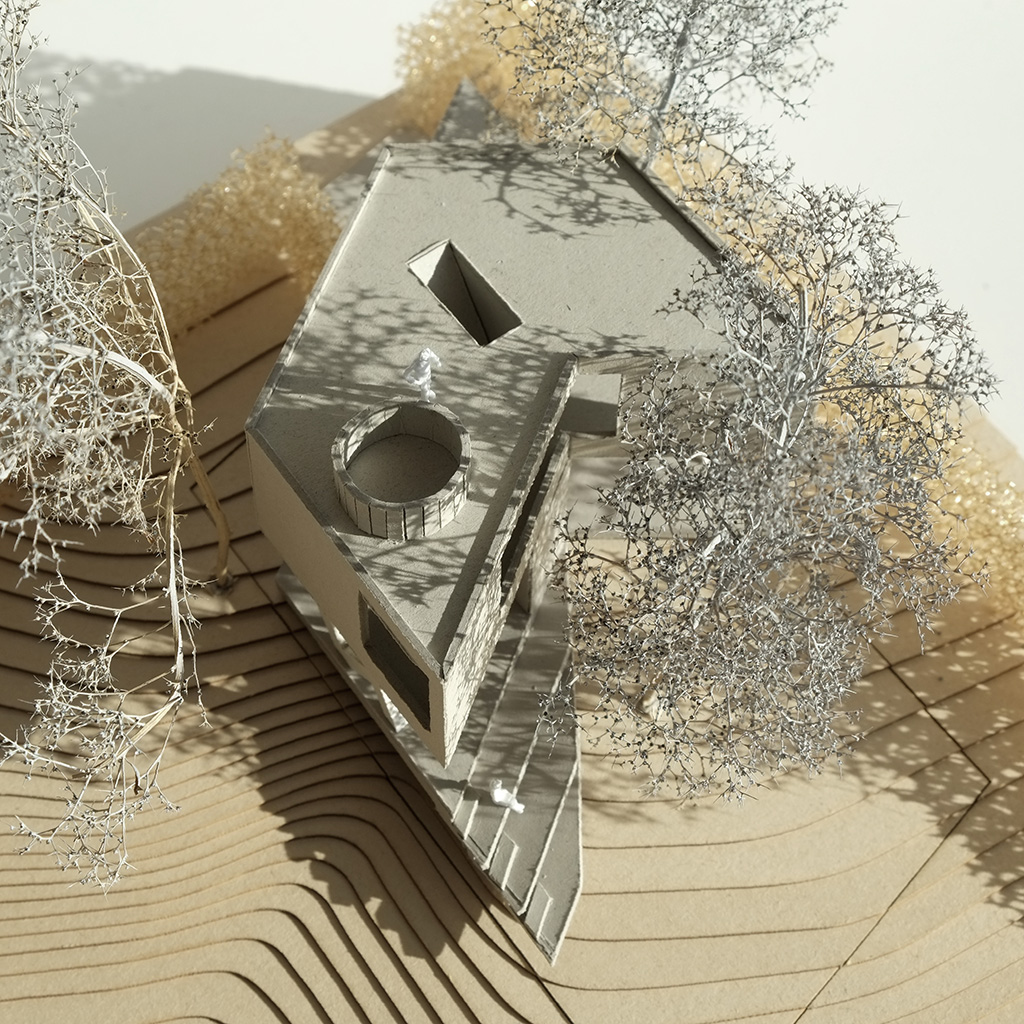 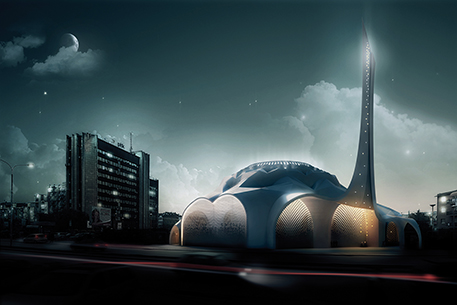 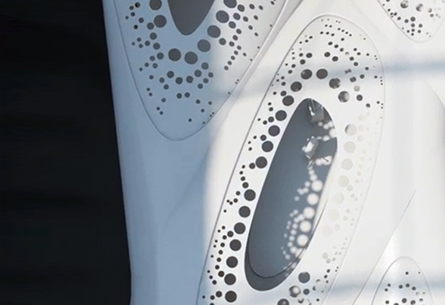 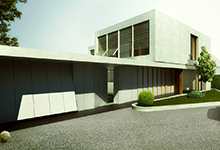 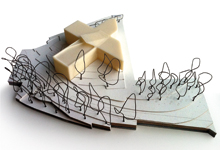 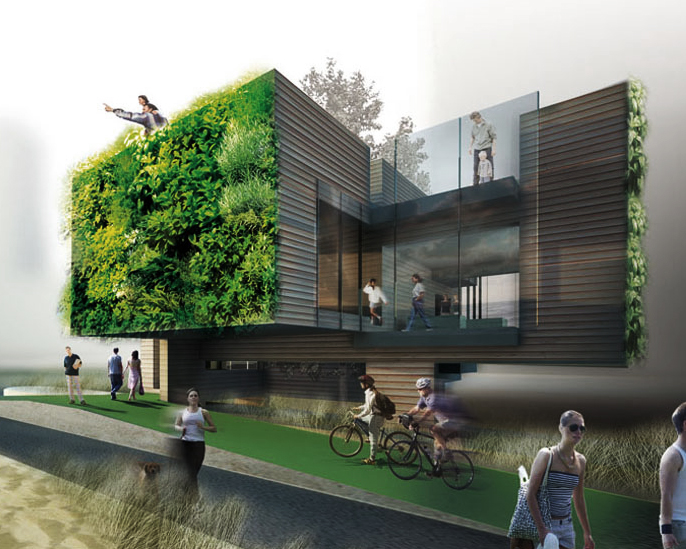 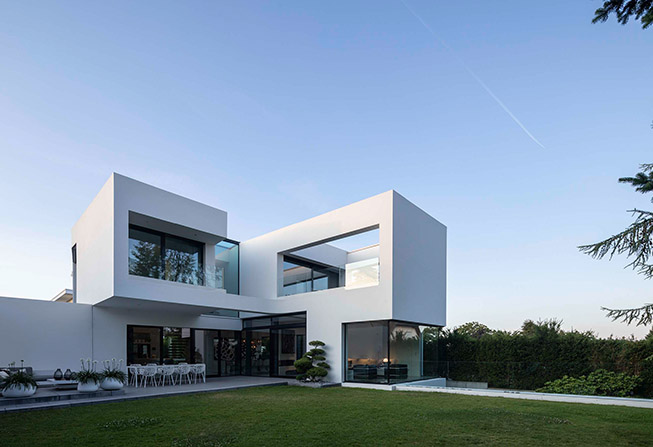 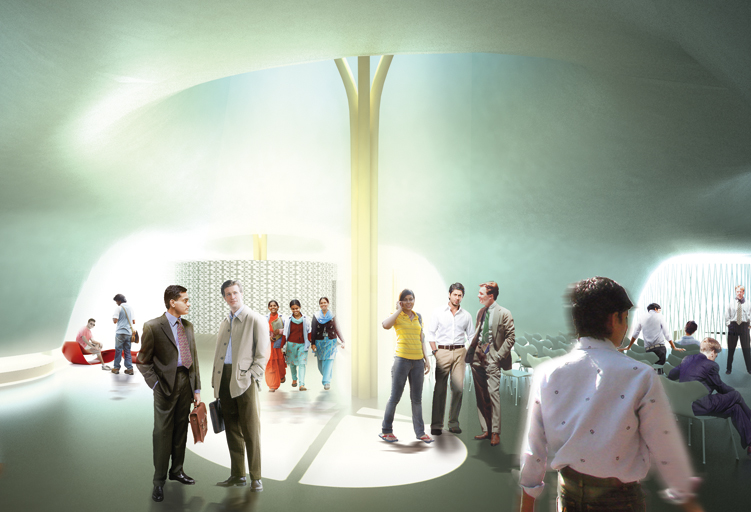 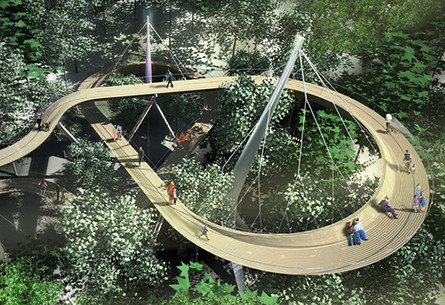 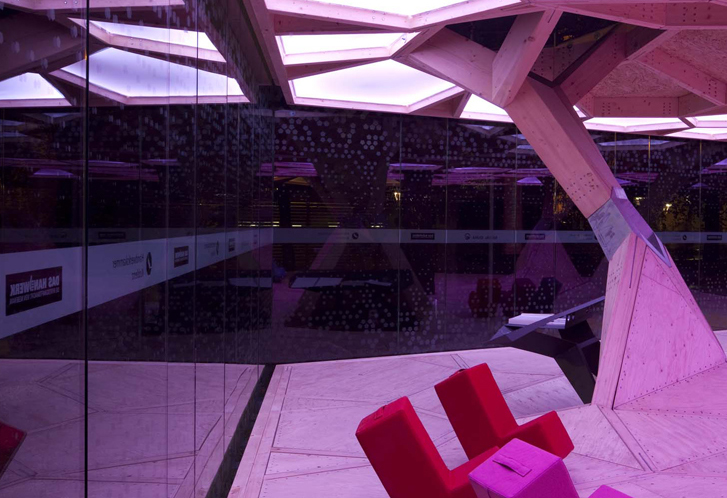 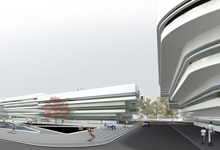 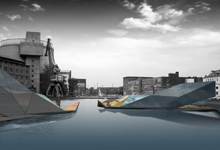